Since its launch in November 2013, EverWeb has had eight major point releases adding an incredible host of new features and capabilities to the product. As such, beta test versions of EverWeb are often available to speed up the process of getting new, stable and tested product out the public. You can find EverWeb beta test software in the Announcement section of the Support Forums.

1. Backup your files and data. This is the first thing you should do. Backing up your EverWeb Project files should be done on a regular basis. It’s also good practice to restore a backup occasionally to make sure the back up mechanism itself is working properly.

If you have installed EverWeb version 1.8 you can use it’s new backup and restore feature which provides an easy, one step backup solution. 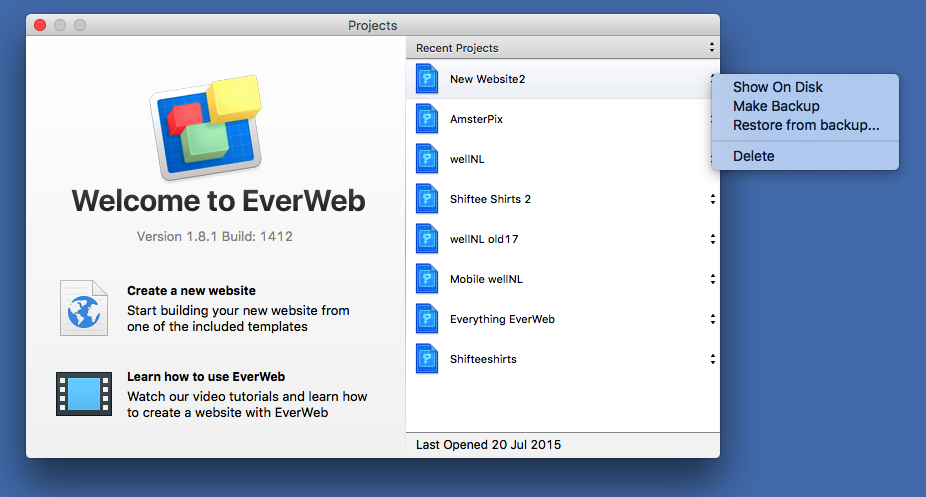 To backup your Project files on a regular basis, go to the Backup tab of the EverWeb-> Preferences menu. Here you can select when you want to backup, how many backup copies you want to keep and where to store the backuped files. 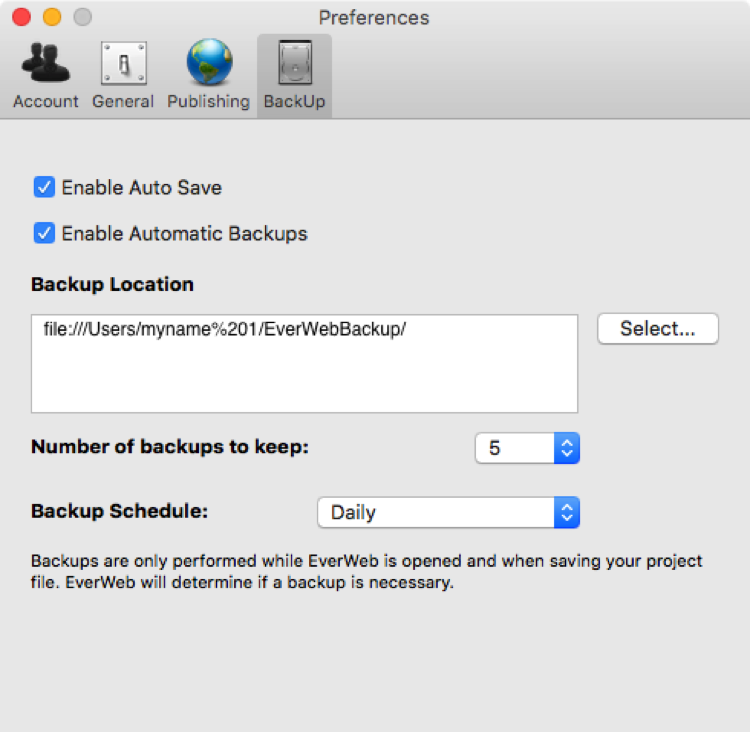 Also remember to include your EverWeb Project files in any backup of your computer. You may also want to consider backing up to the ‘Cloud’ for additional safe keeping.

2. Always use test data and test Project files. Never use live data or your ‘production’ EverWeb Project files. Beta test software may be generally safe to use, but there is still potential for data loss and corruption. Always err on the side of caution!

5. Use and Report. The whole idea of using beta test software is to give the EverWeb developers feedback on any problems or issues that you find. When using a beta test product you may find small glitches or something that causes the program to crash on you… whatever the case it’s always worth reporting any problems though the discussion forums. Remember to always mention the product version, build number and the steps that led to the problem, whether you can reproduce them later or not. Also include your OS X version number.

If you experience any crashes, do send the crash report to the EverWeb developers as they provide valuable information to help track down, and plug, any software bugs.

Using beta test software can be very rewarding and is a great way to try new features as well as provide your feedback to get features and fixes that you need. Since EverWeb is made for you, the end user, we want to hear your feedback so we can make EverWeb better. That is why we believe in public beta testing, so we can get the features implemented correctly.

The EverWeb 1.9 beta has some great new features, but always make sure you use it in the safest way possible. If you are ever in doubt, stay with the officially released version!

This entry was posted on Thursday, August 27th, 2015 at 12:00 pm and is filed under EverWeb, EverWeb. You can follow any responses to this entry through the RSS 2.0 feed. You can leave a response, or trackback from your own site.