We’re currently beta testing EverWeb version 2.0, but in the meantime we’re so excited about it that we wanted to share some things about the upcoming release with you! As you may know, blogging is coming in EverWeb 2.0! This headline feature will be available to EverWeb+Hosting users and for those of you who have your own Hosting provider. There’s also great support for iWeb and WordPress users included. For now, we’d like to tell you some of what iWeb users can expect… 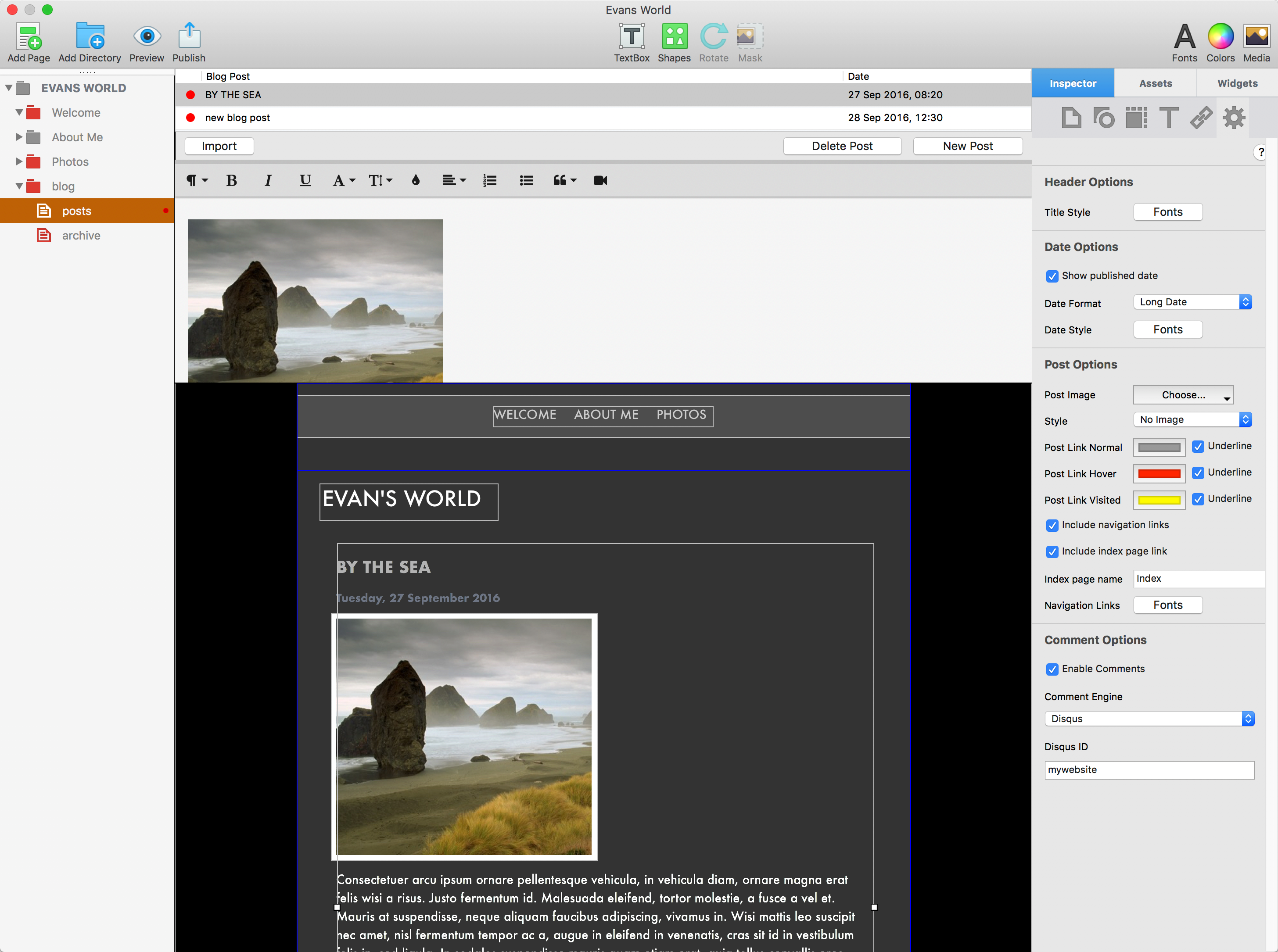 The new blogging environment in EverWeb version 2,0! In this screenshot, an iWeb blog entry has been imported and the original image drag and dropped in to the blog post. The recreated blog post took only a few minutes to do!

Import Your iWeb Blogs in to EverWeb!

EverWeb version 2.0 will easily import iWeb blog entries into EverWeb’s blogging feature. EverWeb 2.0 will make it simple and straightforward to transfer your blog titles and text over with just a couple of mouse clicks.

The screenshot below shows a sample iWeb blog entry imported in to EverWeb version 2.0. The blog title, date, time and main body text are quickly added in to your EverWeb Project file’s blog. We spent only a couple of minutes formatting the EverWeb version to match up with the original just to give you an idea of what’s coming soon. 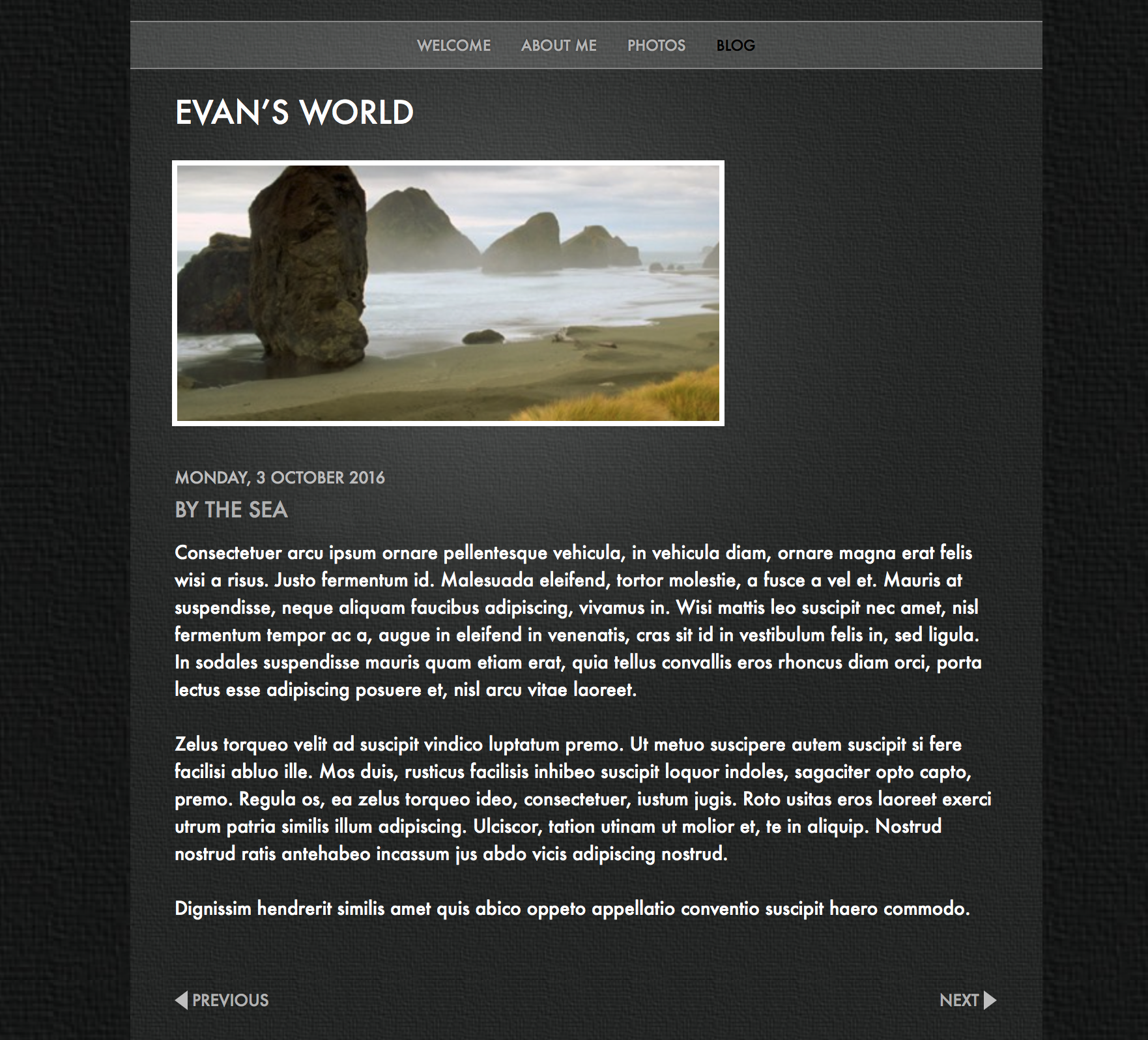 The original blog post from iWeb which has been recreated in the next screenshot with the forthcoming EverWeb 2.0 release.

In EverWeb 2.0, you will be able to quickly format all blog posts at once by adding Master Page like features directly in the Blog Post Preview Window. You will also be able to easily edit blog posts using a great in-line editor which includes features such bullet lists,  numbered lists, quote levels, paragraph styles and more. There’s also a choice of Disqus and Facebook Comments for your comments engine, so your visitors can join the conversation! 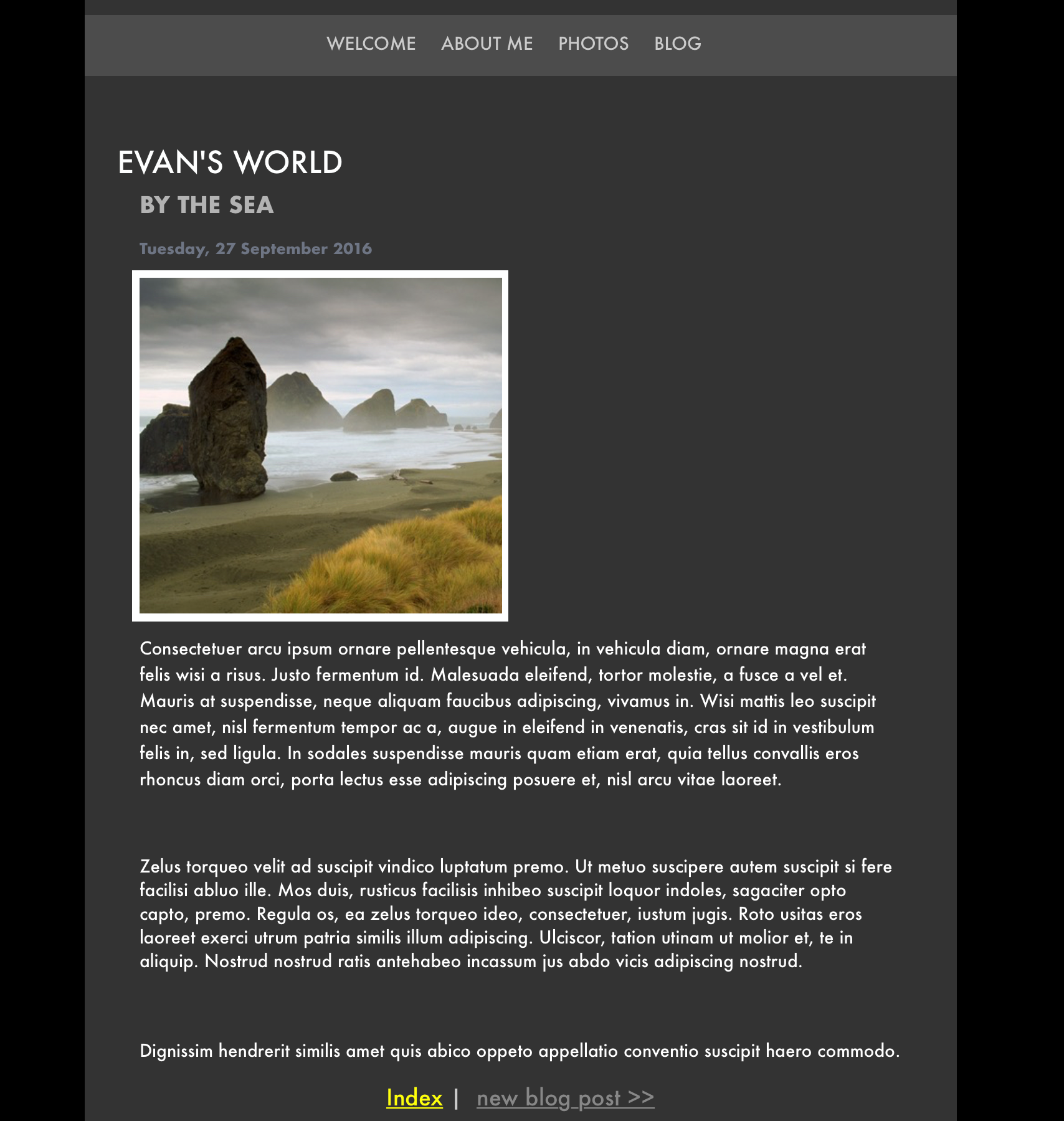 The recreated blog post in EverWeb version 2.0 uses Master Page style features to save you time and effort. There are lots of new and updated features for all iWeb blog developers to enjoy.

In our example screenshot above, once the text was imported from iWeb in to EverWeb version 2.0, the page and background colors, as well as the page dimensions, were changed using the Page Settings tab in the Inspector Widow.

The blog post Widget Settings were used to change the blog post’s fonts to look like how they were in iWeb. The Navigation Links to the previous post, next post and blog index were also changed and a Comments Engine added (not shown) so visitors can comment on the blog post.

A Navigation Menu Widget from EverWeb’s Widgets tab was added at the top of the page to give the blog post the same navigation as it had in iWeb.

Finally, the blog entry’s image file from iWeb was drag and dropped from it’s original location on the hard disk on to the Blog Post Editor Window, centered and given a background frame using a shape.

Recreating blog posts from iWeb is easy and our example only took a few minutes to make. Remember that there will be some differences between the iWeb and EverWeb but it’s a great opportunity to update the look of your blog with EverWeb version 2.0 features that keep your website fresh, up to date, easy to change and easy to mange in the future.

We’ll have another update soon on the upcoming EverWeb 2.0 release!

We’re happy to help if you have any questions, comments or feedback for us!

…and don’t forget that you can also find EverWeb on the following social media platforms:

This entry was posted on Sunday, October 16th, 2016 at 6:23 pm and is filed under EverWeb, EverWeb, Software. You can follow any responses to this entry through the RSS 2.0 feed. You can leave a response, or trackback from your own site.